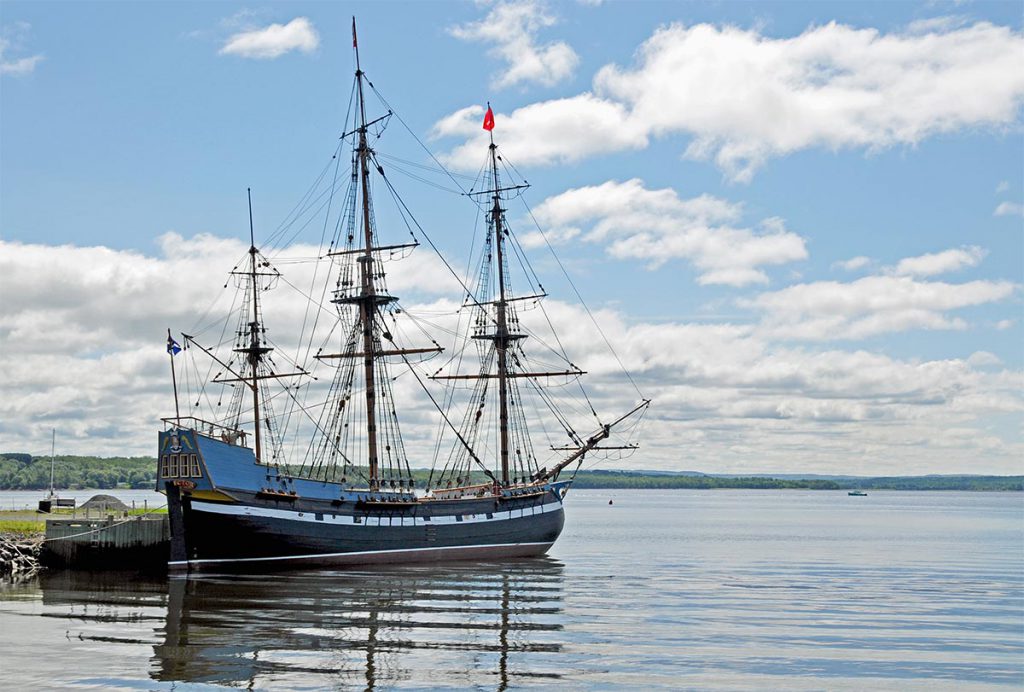 In early July 1773, the ship Hector sailed from Lochbroom bound for Pictou in Nova Scotia. On board the Hector were nearly two hundred men, women and children. By all accounts, The Hector was not in the best shape. It had already seen twenty years’ service as a cargo vessel.
As the Hector approached the coast of Newfoundland, a fierce storm blows the ship far off course. It took two weeks to regain the ship’s previous position.
Today, it is estimated that there are more than one hundred and forty thousand descendants of the ‘Hector Scots’ living in Canada and the United States.
In 1990, the Pictou Waterfront Development Corporation began the construction of a life size replica of the Hector. The ship is now moored in Pictou Harbour. It was rebuilt to the exact specification of the original vessel and launched on September 17th, 2000.

Made with ❤ by Elementor