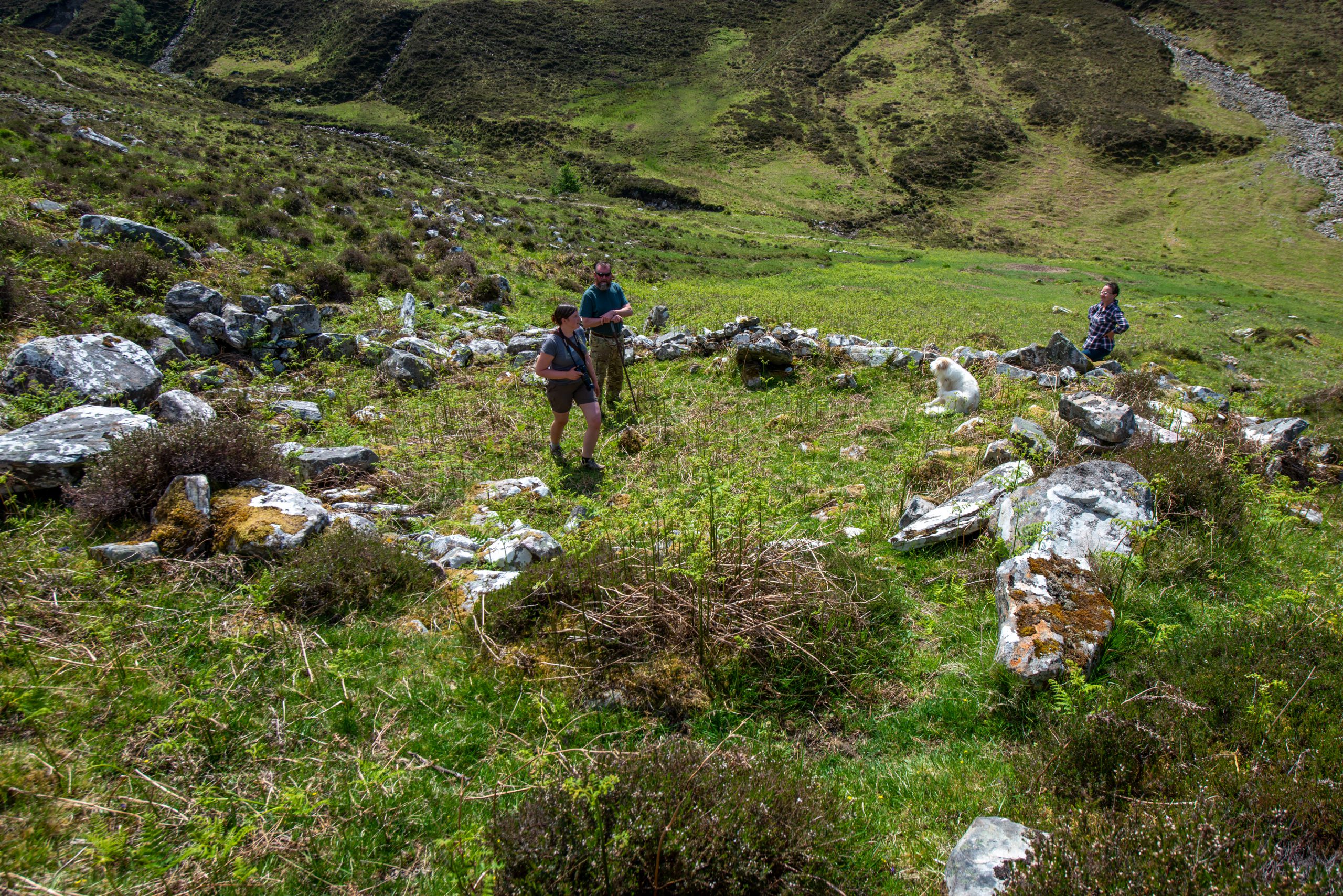 Lost Inverlael: Finding Balblair is potentially one of the biggest projects Ullapool Museum has undertaken that did not require rebuilding walls or emptying the museum. It will certainly be the longest running project and in my opinion the most exciting. The involvement of archaeological activities combined with in depth research of the townships of Inverlael and Balblair and its people will bring the community together in a single mission to reignite local memory of the area and the lives of its inhabitants. There are several adjacent projects which include a cultural development of music and art, a recreation of the landscape and townships in Minecraft and a full digital interactive exhibit that will take a permanent place in the museum

The combination of the last two show how Ullapool Museum is stepping into the modern world and taking on new challenges to accent our engagement with the local community and our visitors which will hopefully develop an emotional connection to the project. With this blog we hope to involve our community and interested parties in the genus of the project, more recent events and how we plan to take the next steps.

The idea of exploring the history of Inverlael and Balblair was brought to us last summer by our now famous local historian Duncan MacKenzie, whose family had strong ties to the area. He had been brought up on stories of the Clearance of 1819/20 by Sir George Steuart MacKenzie of Coul. The folk tales of tenants being turfed out of their houses and having to set up a makeshift camp outside of Clachan church intrigued him to pursue the real story of the townships. He has spent many years playing detective and had conducted a significant amount of research on the land and in various archives. On the discovery of Land Tax records from the early modern period, he discovered that Balblair was valued considerably more than other townships in Lochbroom. This led to the educated assumption that Balblair, a township that had been all but forgotten even in the local community, had something significant to offer and was more notable than previously believed. A comment in some research read that Balblair was the largest township north of Dingwall. When all this evidence was presented to us we were all in agreement that we had stumbled upon an intriguing and previously lost story. We were eager to follow this up and Lost Inverlael: Finding Balblair was born.

In January we received confirmation of funding from Historic Environment Scotland, which gave us the green light for the project. In the early weeks of Lock Down we appointed the Archaeology team for the project. Highland Archaeological Services provided the best answers and foresight and we were thrilled to be able to offer a local company the opportunity to work with us. We also appointed Immersive Minds to the project who will conduct the recreation of the landscape and heritage in Minecraft (a block building computer game). We are vey excited about this as it is something very different and gives us an opportunity to work with the local school children, and give them an opportunity to build parts of the landscape while learning about this history, culture and heritage through a very modern and familiar medium. The Crafting the Past website is available to look at which already has the preliminary landscape features. In June we were approached by Interface a consultation company who pair up digital projects with Universities to work in partnership. This has meant that we can look forward to developing an interactive museum display, which will be able to give our visitors all the details of the project in a user-friendly manner, with interactive maps, stories from the people who lived there, potential archaeology finds can be analysed much much more. The possibilities with this type of tech are endless and we hope to pioneer this use of technology for museums in the highlands.

The last couple have months have seen the start of the research programme of the project begin to take shape. Myself and our Reception and Admin assistant Arran MacDonald starting the ground work for the more detailed research that will come later on. We have managed to collate a basic list of names in Family groups or individuals from the two eviction notices of 1819 and 1820. This gives us a good foundation on which to work on. Some interesting facts have emerged from this record, including the name of Lady Katherine MacKenzie (Ramsay) of Coul, who was the mother of Sir George Steuart MacKenzie. She is stated as the land owner in the eviction records, which we believe were left to her after her late husbands death to contribute to her upkeep. Further research into this is being conducted, including trying to find General Sir Alexander MacKenzie of Coul’s Last Will and Testament, which would confirm this theory.

We are excited to begin the project properly and we are working towards planning the community workshops for the winter period. This will involve bringing the whole team together including the schools and the archaeologists to develop a programme of workshops to inform the community of the details of the project and to involve them in various aspects of research, information gathering and potential volunteering opportunities. We hope to reach all aspects of the community from the youngest to the oldest and include all abilities and knowledge levels.

While 2020 has had a shaky start, we hope that Lost Inverlael: Finding Balblair will bring a new enthusiasm and vigour to the end of the year. Which can take us into 2021 with a renewed outlook and endless possibilities.