Kate MacKenzie was born at Achnegie and 1839 to Allan Mackenzie and Margaret MacRae. By 1845 the family have had to move several times due to a succession of Clearances.

When they arrived in Letters they were forced to live on the shore of Lochbroom in a house that flooded at High Tide. This was nicknamed the Submarine House.

Eventually Allan was leased land on the Glebe at Tornabrock to keep his sheep and to work the croft land. But by 1866, Mr Cameron the Minister, requested his removal along with two neighbours, William MacDonald and Angus MacDonald.

Eviction papers were served on the 14th of April 1866. The Agent, arriving for the eviction, was met by about thirty Lochsiders who gathered around him to prevent him entering the houses and threatened to throw him in the sea. He waved the papers at the crowd but at that point Kate stepped forward and pulled the citations from his hands and tore them to pieces.

The agent by that time had to abandon his mission. Kate was acclaimed brave by the crowd for her deed but that did not prevent her father or William’s son Peter being arrested and taken to Dingwall for trial. Witnesses for Cameron attested that Kate had torn up the papers so the men were released yet Kate was not punished.

Many of Kate’s family still live in the area and she has became a symbol of strength of the Lochbroom women.

This Instalment of Women of Lochbroom is narrated by Arran MacDonald our Gaelic Medium Museum Assistant. Arran is a Student at UHI and is a vital part of Ullapool Museum’s Gaelic Medium plans. 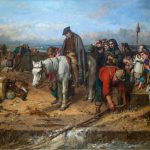 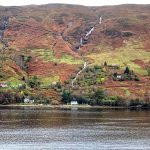